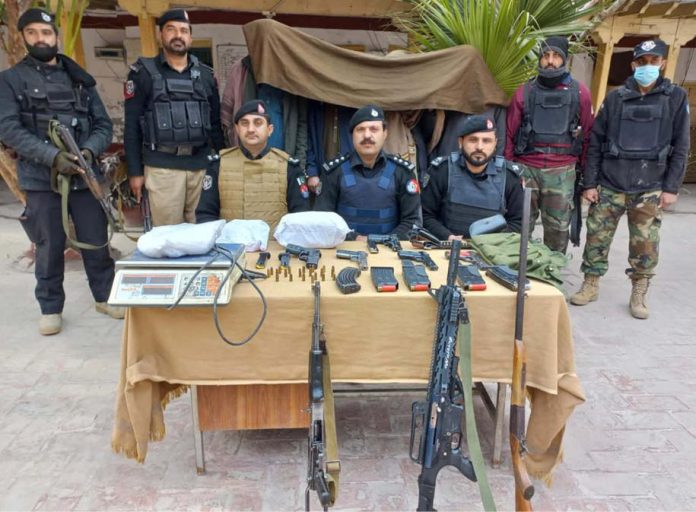 Haqnawaz shinwari
PESHAWAR
Police claimed to have arrested seven suspected persons and recovered a big quantity of drugs and arms ammunition during search operations in the limits of Police Station Daudzai.
According to details, Deputy Superintendent of Police (DSP) Rural Nawab Ali and SHO Daudzai led a targeted search and strike operation and arrested seven suspected persons with drugs and arms.
The arrested persons have been identified as Hasnain, Lalzeb, Sajid, Johar, Wahab, Zabiullah and Naseem residents of different areas of the provincial capital.
Police have also recovered a Kalashnikov, gun, repeater, five pistols, as well as one kg of hashish, ice worth thousands of rupees from their possessions.
DSP Rural Nawab Ali told reporters that cases have been registered against the arrested persons and investigation has been launched.
He said that the suspects were allegedly involved in different crimes and have confessed to being involved in crimes.
DSP Rural SHO Daudzai Hamid Khan and other policemen participated in the operation.