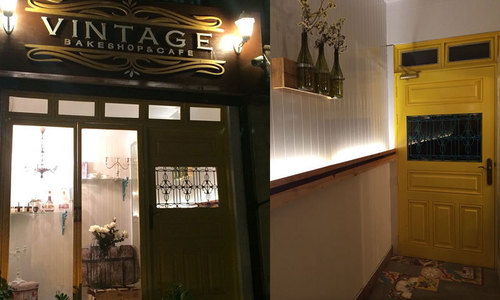 panic
KARACHI
Around half a dozen armed youths allegedly thrashed an off-duty policeman at a roadside cafe in Karachi’s upscale DHA neighbourhood and opened fire before fleeing, triggering fear and panic among the people, officials said on Sunday.
Darakshan police registered a case against six people on the complaint of the policeman in question, Hamza Nasir Gujjar, under Sections 324 (attempted murder) and 34 (common intention) of the Pakistan Penal Code (PPC).
Senior Superintendent of Police (SSP) South Asad Raza said some youngsters travelling in two cars beat the constable and attempted to kill him over the “seating arrangement” at a restaurant on Muslim Commercial near Clock Tower, Phase VI.
One of the cars had been identified he added.
Another officer, Darakshan Superintendent of Police (SP) Rana Mohammed Dilawar, quoted the victim as saying that he had gone to the restaurant after his duty ended to have tea as it was his friend’s birthday, adding that the incident took place at around three in the morning.
According to the contents of the FIR, the complainant said that he was sitting at the “24 Ghantay Hotel” in civilian clothes alongside three female friends.
Hamza said that at one point, an unidentified person sat beside them and asked who the women were. The situation escalated and the suspect used abusive language and signalled to five of his friends sitting in two parked cars nearby upon which they started beating the cop.
The suspects also allegedly tried to snatch the policeman’s service pistol but he managed to flee and took cover at a nearby parking lot. The suspect fired around seven to eight rounds, which Hamza responded to before the former fled, the FIR said.
The Darakshan SP said that the complainant had told police that the suspects had also allegedly slapped one of the girls.
Police reached the scene and collected five spent bullet casings and two live bullets.