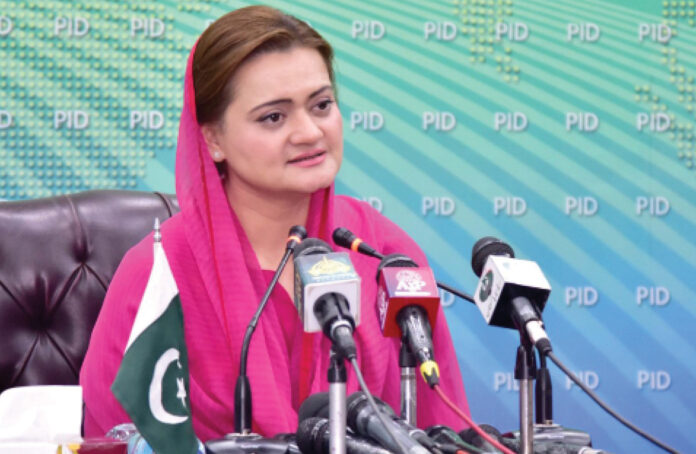 Information Minister Marriyum Aurangzeb has said there are clear directives of Prime Minister (PM) Shahbaz Sharif that the prices of the medicines will not be enhanced.

“Government is focusing on rehabilitation and reconstruction of flood affected areas. Global warming and climate change are global issues and PM has raised voice at international level, she said this while talking to media men on the occasion of her visit to Photo Exhibition organized by the Information Ministry at the UN Secretariat Lobby in New York
. She said the flood victims also need blankets and warm clothes due to the arrival of winter season. She added the people can help to the flood victims through the NDMA and the civil society.
She held Pakistan is facing health disaster due to floods. There is dire need of medicines.

She indicated PM had issued directives regarding distribution of tents in Sindh and Balochistan. Tents are being distributed in these areas as per requirement.

NDMA provides data to the people on daily basis and the people are informed what is needed in what areas. All the efforts are being made to help flood victims.

PM also presided over a review meeting with reference to flood affectees. It was told in the meeting there was shortage of panadol and paracetamol. The demand of these medicines is more but their production is less.
PM has issued directives in clear terms that the prices of these medicines will not be increased, she underlined. PM has also directed finance ministry to provide subsidy on these medicines.

The inter or ministry has started screening process of the NGOs which are closed, she stated. NGOs and civil society are doing well in flood affected areas, she added. PM has also appreciated it and it is being appreciated at public level too.
Civil society has a role all over the world, she said adding when this role is included in government efforts then disaster of any kind can be countered.