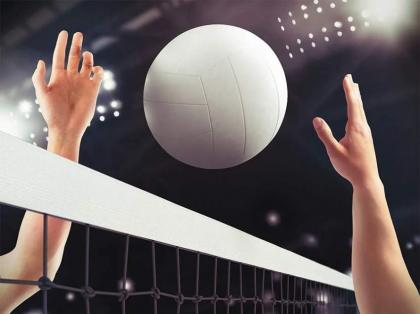 PESHAWAR
Trials to select teams for the forthcoming Union Council and Tehsil Games continued all across Khyber Pakhtunkhwa, District Sports Officer Peshawar Miss Gul Rukh told media men here on Wednesday.
She, along with Minister for Higher Education Kamran Bangash, also visited various venues to monitor the trials. She said hundreds and thousands of players are eagerly turning up for the trials to complete and selection process for the Games to be part of the Union Council and Tehsils across Khyber Pakhtunkhwa in the event including Cricket, Volleyball and Football.
She said the trials would continue up till November 25, 2022 and the Games would be followed on December 1, 2022 in different Districts including Peshawar. She also thanked all the MPAs, who are leading their respective contingents in District Peshawar, for extending their moral support to the Directorate General Sports Khyber Pakhtunkhwa in completing the selection process.
She said various selection committees constituted for the smooth conduct of the trials in different constituencies. The youth are very energetic in participating in the trials with a selection committee comprising every game thoroughly monitoring the trials.
She said, the trials of volleyball and football were completed in which a large number of players participated. Member Provincial Assembly Fazal Elahi was organized in which sportsmen from their respective constituencies participated in large numbers.
She said players are taking part in the Cricket, football and volleyball trials in different schedules prepared by Regional Sports Officer Zakir Ullah. Miss Gulrukh and Sports Officer Zakir Ullah held meetings with the members of the Assembly after which the schedule was formally prepared according to which the trials in PK 66 and 75, Chal Gazi Baba Varsik Road respectively.
In Peshawar Sports Complex, trials in PK 68, 78 and 79, Motorway Toll Plaza Service Road, Wazir Bagh football ground and cricket ground have been completed in Hazarkhwani, while the trials of PK 71, 72 and 77 held at Ghazali Check Post, Mashu Gagar, Waliabad Ground, Pashta Khara and Tahamas Football Ground, Peshawar. PK 70, 73 and 76 were also completed. The trials of the players were held at Budh Bir, Hayatabad Sports Complex and Tahamas Football Ground.
Trials for PK 86 football team selection at Latamber football ground, was held under supervision of Focal person of MPA PK 86 Roohullah Khan and Yasrib for Inter-Constituency Games 2022 at Karak.
Trials of PK 85 football team was held for inter Constituency Games 2022 at playground Karak, focal person Mehmood Nadeem of MPA PK 85 and selector Mudasir Rahman supervised the trials.