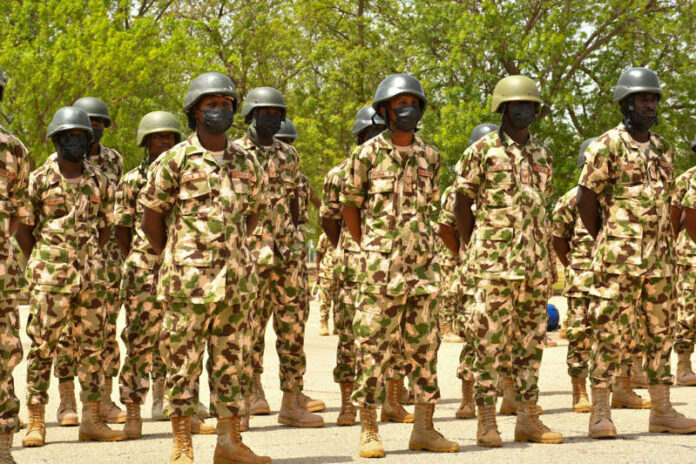 THE Defence Headquarters on Thursday said the air component of Operation Hadarin Daji killed no fewer than 123 bandits in Zamfara State.

It added that the hideouts of the bandits had been destroyed in the south of Dansadau Town; north of Kwiambana Forest Reserves as well as north of Sububu Forest and Dudufi village under Faru District in the Maradun Local Government Area of the state.

The acting Director, Defence Media Operations, Brigadier General Benard Onyeuko, disclosed this while giving highlights on military operations across the country in the last two weeks.

He said, “Between August 2 and 6, 2021, the air component of Operation Hadarin Daji carried out intensive air strikes on bandits’ hideouts at the south of Dansadau Town; north of Kwiambana Forest Reserves as well as north of Sububu Forest and Dudufi village under Faru District in Maradun LGA, all in Zamfara State.

“The air strikes resulted in the destruction of bandits’ structures, including the residence of one of their leaders, Halilu Tubali, in which the bandits converged for a meeting.

“The air strikes in conjunction with ground troops’ assaults resulted in the neutralisation of no fewer than 123 bandits and destruction of their logistics facilities in the process.”

He added that troops recovered six AK-47 rifles, one SMG, two pistols, 66 rounds of 7.62mm NATO ammunition, among other items.

Onyeuko also disclosed that during the period, over 27 terrorists were killed, 51 arrested and over 1,000 surrendered with their families.

He said, “Cumulatively, the operations led to the neutralisation of 27 BHT/ISWAP fighters, arrest of 51 BHT/ISWAP terrorists, 3 terrorists’ collaborators as well as recovery of 35 assorted arms and 1,051 round of ammunition, including AK-47 and FN rifles, Dushka anti-aircraft guns, GPMG, PKT guns, 60mm mortar tubes, Makarov pistol and other machine guns, amongst other items.

“In addition, 29 abducted civilians were rescued within the period under review. No fewer than 1,000 terrorists and their families, comprising adult females and children, surrendered to own troops at different locations in the North-East.

“Notable among them are the notorious BHT bomb expert named, Musa Adamu aka Mala Musa Abuja and his deputy, Usman Adamu aka Abu Darda. This has in no small measure depleted the BHT fighting force.”

In the South East, he said security forces ambushed and neutralised six IPOB/ESN members, who were involved in the killing of a Divisional Police Officer at Omuma Town in Orlu East LGA of Imo State and arrested three suspects.