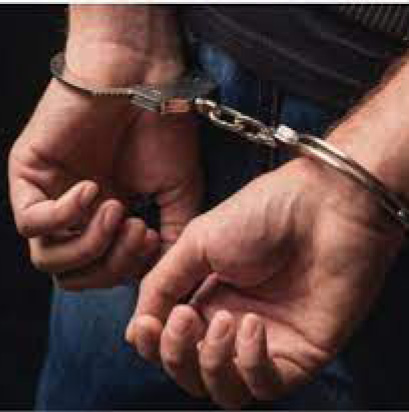 RAWALPINDI
A team of investigators of Police Station Naseerabad faced heavy gunfire while carrying out a raid to arrest the suspected dacoits in ‘Bokra’ area in the jurisdiction of Naseerabad Police Station, informed a police spokesman on Saturday.
However, all the cops remained unhurt and two suspected dacoits including an in injured condition were rounded up during an exchange of firing. Later, the injured suspected dacoit was moved to the hospital for medical treatment, he said.
According to the police spokesman, a police team acting on a tip-off conducted a raid in ‘Bokra’ Road area. As the police party reached the spot, the accused opened unprovoked firing on the police party, he added.
After the exchange of fire, the accused identified as Naseeb and Ahmed who was injured were rounded up.
A case was registered against the accused after recovering pistols along with ammunition.
During the preliminary investigation, the accused confessed to have killed a person namely Sohail Abbas in a dacoity few days ago.
City Police Officer, Shehzad Nadeem Bukhari appreciated Superintend of Police, Potohar and the police party for netting the suspected dacoits.