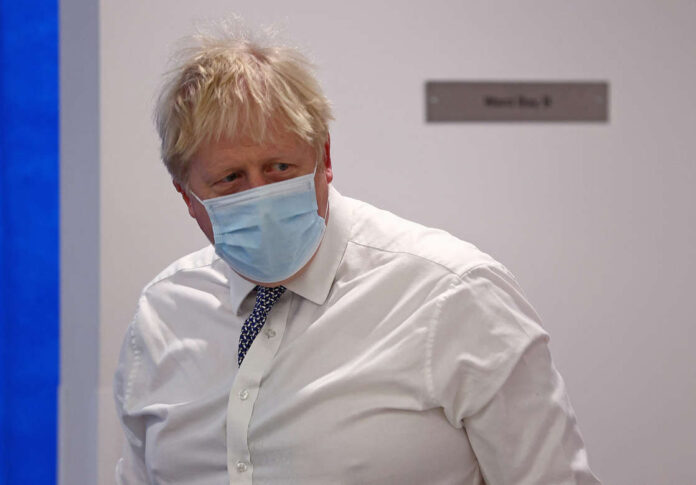 British Prime Minister Boris Johnson was on Tuesday fighting fresh allegations that he broke the COVID lockdown rules he imposed by attending a surprise birthday party in Downing Street when social gatherings indoors were banned.

Johnson, who in 2019 won the biggest Conservative majority in more than 30 years, is trying to shore up his premiership after claims that he and his staff partied at the heart of the British state during the worst pandemic for a century.

Revelations of revelry, including boozy parties in Downing Street, suitcases of supermarket wine, a broken children’s swing, a wine fridge and jokes by staff about how to present such parties to reporters, have hammered Johnson’s approval ratings.

ITV reported that Johnson attended a surprise party on his birthday, June 19. Up to 30 people attended the event in the Cabinet Room of No. 10, his office and residence, ITV said.

The prime minister was presented with a cake whilst Carrie, now his wife, led staff in a chorus of happy birthday, ITV said.

Johnson’s transport minister, Grant Shapps, said he understood voter concerns about such reports but that Johnson clearly did not organise to be given a birthday cake.

“I understand the sense of concern about the sort of reports we see on the front of the newspapers,” Shapps told Sky. “Mistakes were made.”

“Just to be clear, the prime minister clearly didn’t organise to be given a cake; some people came forward and thought it would be appropriate on his birthday to present a cake.”

Johnson has given a variety of explanations about the previous allegations of parties: first he said no rules had been broken but then he apologised to the British people for the apparent hypocrisy of such gatherings.

An official investigation by Cabinet Office official Sue Gray into the lockdown parties is due to be published later this week. Shapps said Gray was aware of the birthday party details.

ITV said one of the attendees was interior designer Lulu Lytle, who was renovating Johnson’s flat in the building. ITV also said it understood that family friends were hosted in the prime minister’s residence on the previous evening.

His office denied this claim.

“This is totally untrue,” a spokesperson told ITV. “In line with the rules at the time, the prime minister hosted a small number of family members outside that evening.”

Lytle’s company said she was not invited to any birthday celebration but was in Downing Street on the day and had briefly entered the Cabinet Room as requested.

“This is yet more evidence that we have got a prime minister who believes that the rules that he made don’t apply to him.”

“We cannot afford to go on with this chaotic, rudderless government. The prime minister is a national distraction and he’s got to go.”