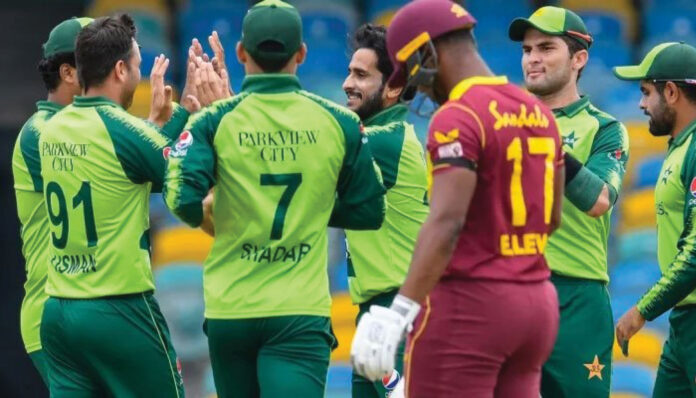 T20 World Cup warm-up
Pakistan captain Babar Azam says they “would also have elected to bat had we won the toss”
Islamabad
The West Indies elected to bat first against Pakistan after winning the toss at the outset of the clash between the two sides clash in a warm-up match today (Monday) for the ICC Men’s T20 World Cup.
Sharing views over WI winning the toss, Pakistani skipper Babar Azam said that they “would have elected to bat had we won the toss.”
The Pakistani captain said while speaking about the recently concluded National T20 Cup, that the World Cup squad had benefitted from the domestic tournament.
Pakistan’s Shaheens are playing against WI at the ICC Academy ground in Dubai.
The clash is a part of the World Cup preparations and which kicked off at 2pm (PST). It is the first warm-up match for the Pakistan squad ahead of the mega event.
Pakistan cricket team has been training for the mega event, with coaching consultants Matthew Hayden and Vernon Philander.
Apart from the warm-up match, the national cricket team has no other activity scheduled for today.
Last night, the team participated in a training session at the ICC Academy ahead of the tournament.
The cricketers practised batting and bowling in floodlights during the net session. Pictures from the training session, shared by the Pakistan Cricket Board (PCB) showed the players in action.