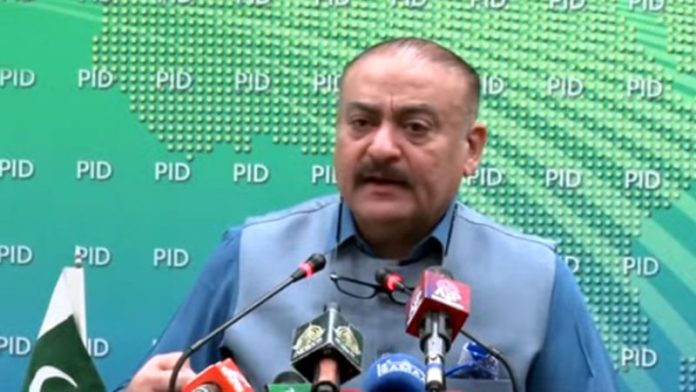 With Eidul Azha just a few days away, Pakistan on Monday recorded 675 fresh coronavirus cases as the national positivity rate reached 4.61 per cent.

Official data from the National Institute of Health (NIH) showed that two people succumbed to the virus in the last 24 hours. A total of 14,632 tests were conducted in this time period, while 153 patients were under critical care.

In a media briefing today, federal Health Minister Abdul Qadir Patel noted that the government was concerned over the increase in the hospitalisation and positivity rate over the last few days. “Our average deaths are between 1.5pc, while the average number of patients on ventilators is five.”

He said that most of the infections were of the new Omicron sub-variant BA.5 — which spreads at a faster rate.

“The NCOC (National Command and Operation Centre) is monitoring cases vigilantly and we are prepared for any scenario,” the minister assured.

He went on to say that all the provinces had been instructed to set up isolation centres and the National Disaster Management Authority (NDMA) had also been engaged in this regard.

Patel said the government was mulling rolling out mass testing, particularly in major cities such as Karachi. Commenting on the Covid surge in the metropolis, he said the positivity rate had dropped in the last few days, adding that this was not the “right time” for imposing a smart lockdown.

“But we have seen that there is still a lack of awareness among the people,” he observed.

The minister further highlighted that two religious events, Eidul Azha and Muharram, were around the corner during which the chances of a spike in cases was expected. He urged the public to stay indoors during the Eid holidays.

Later in the day, President Dr Arif Alvi also took to Twitter and stressed on the implementation of Covid SOPs during Eid.

“Follow SOPs and save yourself, your friends and families from sickness. Prevent what you can and let the state worry about other health issues,” he added.

Earlier, the government had made masks mandatory in all closed spaces and requested people to avoid hugging or shaking hands with people during the festivities. Further, the Civil Aviation Authority (CAA) also made wearing face masks mandatory on domestic flights.