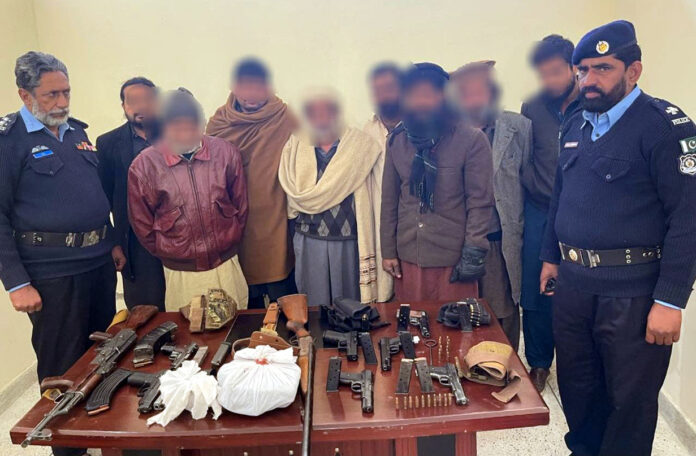 ISLAMABAD
As many as 22 suspects were taken into custody by the capital police during a massive search and comping operation conducted in limits of police station Noon, said a police spokesman on Thursday.
According to details, a search operation was conducted in and around Jhangi Syedan on the direction of IG Islamabad Muhammad Ahsan Younas, in which more than 90 officials participated under the supervision of SP Industrial Area Saud Khan.
During the search operation 22 suspects were shifted to police station for verification while cache of weapons were also recovered. Two drug peddlers were also arrested during the search operation from which 2410 grams hashish was recovered from their possession.
Cases were registered against the drug peddlers and carrying illegal weapons.
During the search operation, 200 houses and 200 persons were searched.
IG Islamabad Muhammad Ahsan Younas said that the purpose of the search operation was to tighten the noose around the criminals. Search operations are being carried out against criminal elements in different areas of the city.