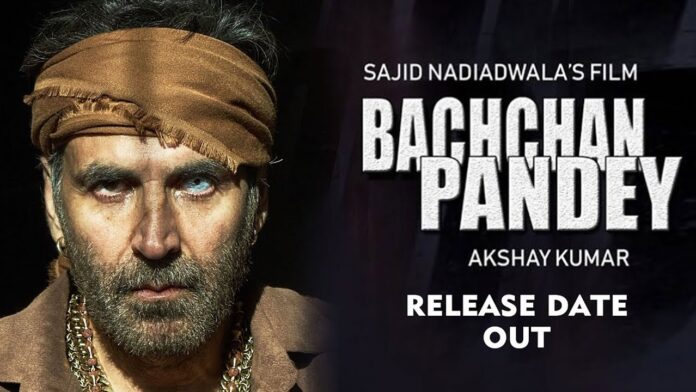 IslamabadJanuary 23 (Online): Akshay Kumar shared the new poster of his upcoming film, ‘Bachchan Pandey’ today, also revealing his look in the film and announcing that it will hit theatres on January 26, Republic Day, next year.
Along with the intriguing pic, he wrote, ‘His one look is enough! #BachchanPandey releasing on 26th January 2022!
According to a report in Mumbai Mirror, the makers were looking for someone who could match Akshay’s comic timing. Apart from Akshay Kumar, the movie will also star Kriti Sanonand Arshad Warsi in key roles. This will be the first time that the ace actors will be seen sharing screen space
Ends/online