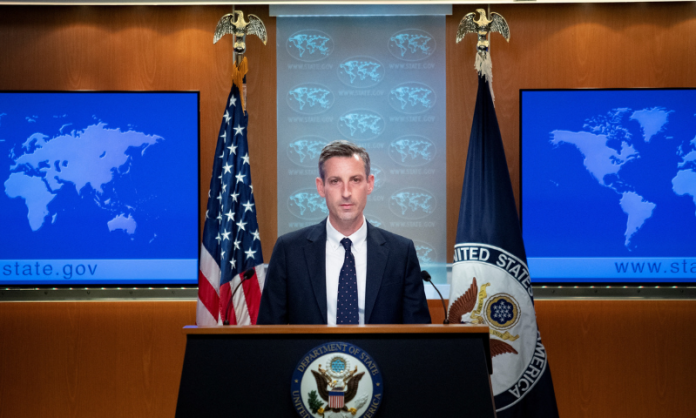 A U.S. State Department spokesman on Tuesday defended the Biden administration’s decision not to designate India as country of particular concern under the Religious Freedom Act over severe violations, but said Washington
was monitoring the situation in that South Asian country.

“We continue to carefully monitor the religious freedom situation in all countries and that includes in India,” the Department’s Spokesman Ned Price told his daily press briefing, responding to a question.

“We have encouraged, we will continue to encourage, the Indian Government to uphold its commitments to protect religious freedom for all, and we engage officials on steps they can take to advance religious freedom,” he said, when asked as to why India has not been placed on the list despite persistent reports of torture and killing of Muslims and Christians as wells as the enforcement by the BJP government of some discriminatory laws.

On Friday, the State Department issued its annual report on International Religions Freedom.
Price said the report also outlined some of the concerns the U.S. had taken note of in India.

“Secretary (of State Antony) Blinken, given the totality of the facts and the circumstances, determined that religious freedom concerns in India do not warrant a Country of Particular Concern designation or placement on the Special Watch List,” the spokesperson said.

“But of course,” he added, “these are conversations that we continue to have with our Indian partners and with partners around the world.”