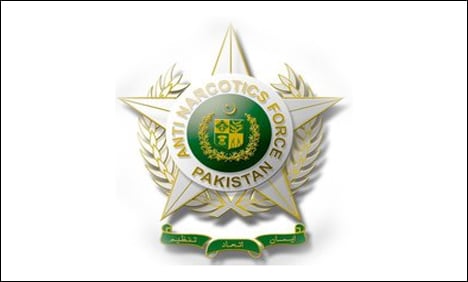 ISLAMABAD: Anti-Narcotics Force (ANF) on a tipoff raided Islamabad International Airport Sunday and busted a smuggling network actively involved in sending drugs to foreign counties. An ANF team arrested three smugglers and recovered 2.6kgs of drugs from accused George Masih at the entry point of the Islamabad Airport. The accused hid drugs secretly in the trolley cart of the airport. The ANF registered an FIR as per Anti-Narcotics Act. Also, recovered 2.770 kg of drugs from a parcel booked for the UK. The accused hid 20 packets of drugs in ladies’ suits with utmost care but the ANF team busted his smuggling plan. An ANF spokesperson said that the parcel was booked by Sialkot resident Liaquat Ali for Tariq Mehmood in the U.K. DNA