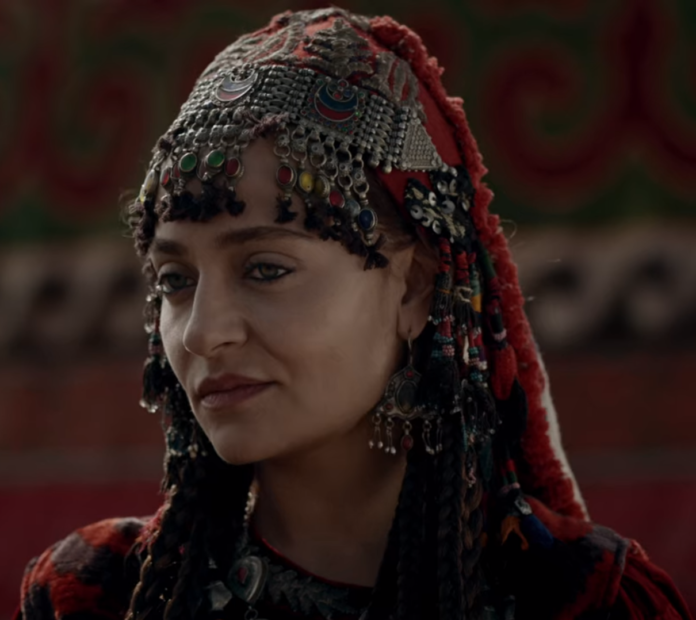 LAHORE March 20 (Online): Turkish actress Didem Balcin Aydin aka Selcan Hatun is expecting her first baby with husband Can Aydin.
Didem Balcin, who essays the role of Selcan in historical drama serial Dirilis: Ertugrul, turned to Instagram and shared a collage of her dazzling photos where she cradles her baby bump Fans and fellow showbiz stars flooded the comment section with lovely messages and heart emotions.
In her previous post, she had also shared her adorable photo and confirmed she is expecting her first baby.
Posting her picture, Didem Balcin had said “The baby is cool, but the mother is not so much.”
Commenting on the post, Neslisah Alkoclar, wife of Engin Altan Duzyatan aka Ertugrul, dropped a simple comment “Mother”
Didem Balçin got married with Can Aydin in May 2020 two months after the couple was engaged.