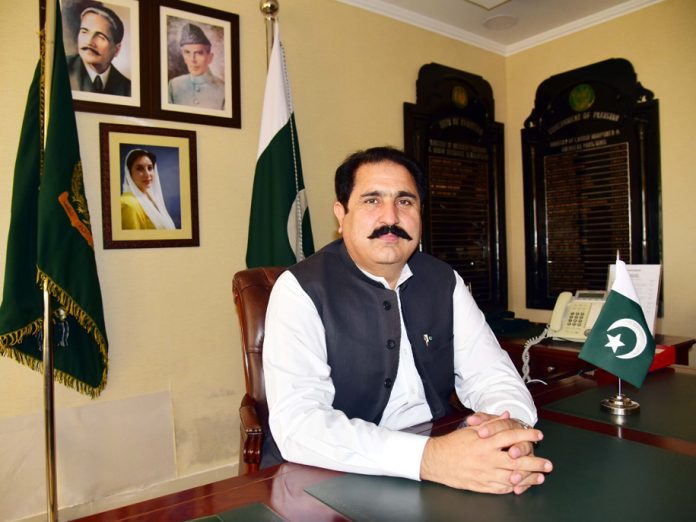 Peshawar
Federal Minister for Overseas Pakistanis and HRD Sajid Hussain Turi has said that July 5 will be marked as the darkest day in the history of Pakistan forever.
In a statement, Sajid Turi said that on this day in 1977, dictator Zia-ul-Haq sent the nation most favorite leader and democratically elected Prime Minister Shaheed Zulfiqar Ali Bhutto to jail and abrogated the constitution of Pakistan pushing the country into darkness. He said that from that day unprecedented atrocities against Bhutto family and PPP workers had started which is an unforgettable chapter of the history for PPP workers.
Sajid Turi who is PPP Khyber Pakhtunkhwa Vice President also said that dictator Zia-ul-Haq introduced terrorism, sectarianism, intolerance, drugs and Kalashnikov culture in the country and till today we are reaping what he had sowed. He expressed that dictator Zia had a dream of fools that he would erase the name of Shaheed Bhutto from our hearts but Zulfiqar Ali Bhutto Shaheed is still ruling the hearts of millions of his followers and will continue to rule our hearts forever.
Sajid Turi said that it was unfortunate that the country’s nuclear power architect and great charismatic leader was sent to gallows. Sajid Hussain Turi said that today we can take the country on the path of progress by following the philosophy of Shaheed Zulfiqar Ali Bhutto under the visionary and courageous leadership of Chairman Bilawal Bhutto Zardari. He said that our Chairman as the Foreign Minister is working day and night to end the diplomatic isolation due to the stubbornness and negative policies of the previous government of PTI.