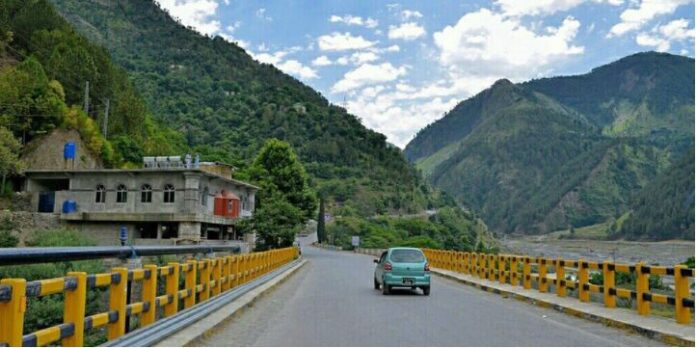 PESHAWAR
The Khyber Pakthunkhwa Government has planned construction of 69 new roads projects in settled and merged tribal districts by allocating Rs3,318.783 million for the current fiscal year to bolster regional connectivity, industrialization and tourism.
Out of a total 519 roads projects including 450 ongoing with allocation of Rs34,157.217 million and 69 new carrying an amount of Rs3,318.783 million, the Khyber Pakthunkhwa Government have expedited work on 71 ongoing roads projects, which was expected to be completed during financial year 2021-22, officials in Communication and Works Department told APP on Tuesday.
Under the new projects, he said that 11.5 kilometers Dokhada-Elum Top road in Buner district would be constructed with an estimated cost of Rs775 million. Similarly, the Government would rehabilitate three roads at Kalash valley in Chitral district with an estimated cost of Rs300 million while Rs1,500 million to be spent on construction of two flyover in DI Khan City’s Tank Ada Chowk and Vegetable Market carrying an allocation of Rs20 million for current financial year for smooth flow of traffic.
As many as Rs108 million for rehabilitation and improvement of flood affected roads and bridges in Kohistan Lower district, Rs900 million for construction of approach roads of Kalur Kot Bridge at River Indus as KP Government’s share as bridge has almost completed while Rs800 million for dualization of provincial highway from Aziz Bhattai Chowk to Jawad Chowk in Mardan would be completed.
To open-up inaccessible and remote areas of mountainous areas for tourism, the Government accelerated work on construction of approach and link roads in Malakand and Hazara divisions.
Besides Rs15 million for preparation of feasibility studies of dualization of seven kilometers main Swabi Road to Bakhshali intrerchange in Mardan district , the government would spend Rs250 million to construct 5.5 kilometers Balakot on Malam Jabba Road to Shangla Top in Swat and Rs300 million for construction of Badalai Bridge at Madyan Swat and Rs300 million for improvement and rehabilitation of main GT Sarozai Road Hangu district.
To promote adventure sports, trekking and mountaineering in Swat, the government has decided to reconstruct roads and bridges that was washed away by floods in Shagram and Bahrain with an estimated cost of Rs389.110 million. Similarly, Rs2billion would be spent on purchase of land for roads at Kalash Valley in Lower Chitral, Rs1.2 billion for construction of separated intersection at Shaheed CHowk Timergara and Rs500 million for Hangu Samana Road.
He said KP Government believed in uniformed development of all districts and that is why a substantial amount of Rs125 million would be spend on construction and up-gradation of Dalokhel-Abbakhel Road in Lakki Marwat district, Rs152million for Jhoke Karlo-Indus Highway and Jalebi Morh-Baghwani Road DI Khan, Rs2.5 billion for construction of Karkar Tunnel in Bunner district and Rs374.416 million for Kacheri CHowk to Shaheen Plaza Bannu Road in Kohat.

Around 445 culprits arrested during crackdown on criminals

Police arrest 95 in crackdown on criminals in Peshawar