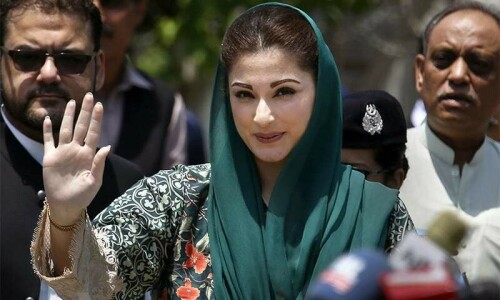 The Lahore High Court (LHC) directed the deputy registrar (judicial) on Monday to return PML-N Vice President Maryam Nawaz’s passport, which she had surrendered to the court in 2019 for getting bail in the Chaudhry Sugar Mills (CSM) case.

The development comes days after the Islamabad High Court set aside Maryam’s conviction in the Avenfield case.

At the previous hearing, the National Accountability Bureau (NAB) had told the high court that it did not require the PML-N leader’s passport.

In its parawise comments, the anti-graft watchdog did not deny the contention made in her petition regarding the Supreme Court judgments wherein it had been held that registration of criminal cases could not deprive a citizen of exercising constitutional rights.