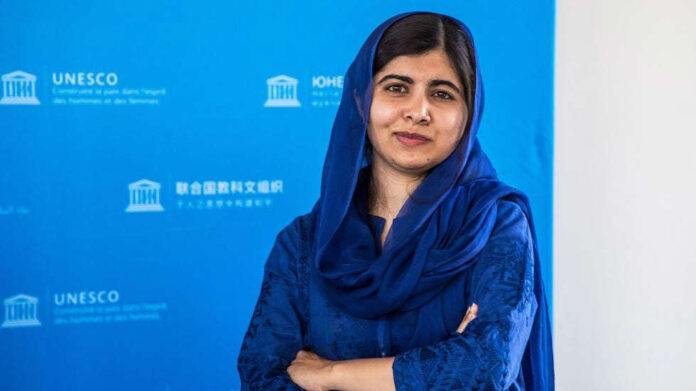 Human rights activist Malala Yousafzai on Monday urged the U.S. to take action for Afghan women and girls ahead of meeting with Secretary of State Antony Blinken.

Speaking to reporters in Washington, D.C., Yousafzai addressed the need for Afghan girls to have access to education, noting that Afghanistan is the only country that does not allow secondary education for women.

“They are prohibited from learning, and I have been working together with Afghan girls and women’s activists, and there is this one message from them: that they should be given the right to work,” Yousafzai told reporters. “They should be able to go to school.”

Yousafzai also shared a letter from a teenage girl sent to President Biden saying that if universities and schools remain closed in the country, Afghan girls will suffer the most.

The teenager also said in her letter that “girls’ education is a powerful tool for bringing peace and security.”

“So this is the message of Afghan girls right now, and we want to see a world where all girls can have access to safe and quality education, and we hope that the U.S. together with the U.N. [United Nations] will take immediate actions to ensure that girls are allowed to go back to their schools as soon as possible, women are able to go back to work and all the humanitarian assistance that is needed for education there is provided,” Yousafzai said.

“We know that this has been a challenge, and we want more focus to be given to education, teachers’ salaries because these are the values that … prevent the schools from running,” she added.

Yousafzai’s remarks come after the Taliban regained full control of Afghanistan for the first time since 2001.

Yousafzai told the U.N.’s General Assembly in September that she remained worried that the Taliban’s resurgence would interfere with education and employment opportunities for Afghan women, urging world leaders to stick with their commitment to protect them.