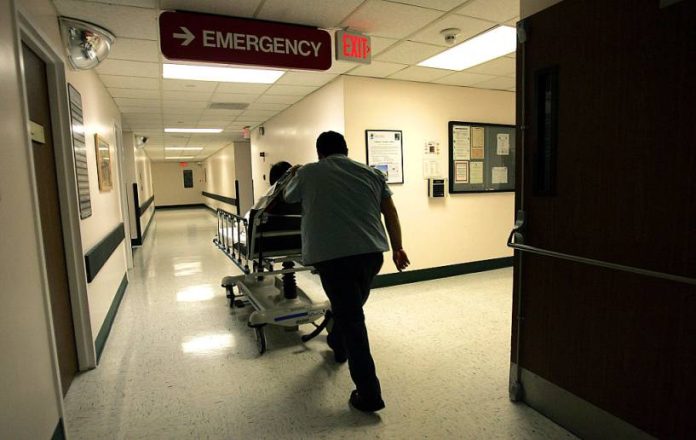 ISLAMABAD
Basic health facilities are as inevitable for the human beings as bread and butter and every government across the world ensures healthcare system compatible to its population growth and needs of the people.
Provision of better health facilities is also imperative to create a strong and productive nation as it paves way for a strong economy and invincible defense for any country. Therefore, this area of dispensation occupies central point in the policies of every political party and the government.
But, this compatibility had visibly been affected in our country during recent decades as health facilities could not be expanded on the pace compatible to population growth. This shortfall not only helped mushroom growth of private sector hospitals but also street corner clinics as well as roadside quacks.
Simply taking the example of our capital, a few major hospitals in the government sector were now falling short of capacity to treat the capital city dwellers. Moreover, these hospitals also bear the burden of the populace of Azad Kashmir, Gilgit Baltistan and adjoining areas of Punjab and Khyber Pakhtunkhwa provinces.
“The provision of health services especially in rural areas have not been scaled up over the last two decades on the pace it was required,” commented a medical practitioner Dr Saleem Altaf. “Since Islamabad’s population was rising on a faster pace, therefore incompatible health facilities in public sector provided room to private sector and quacks to grow.”
“Although situation was a bit better in the urban areas of ICT only due to quality private sector hospitals. But, these facilities are often out of the reach of poor people due to hefty charges,” he said pleading to construct more hospitals in public sector to benefit the poor.
Statistics of 2017 census reveal as 2,006,572 people residing in 906 square kilometer area of the Islamabad Capital Territory (ICT) with an overall population growth rate of 4.91 percent during the inter-censual period (1998-2017).
Population in rural area was counted at 991,747 with an inter-censual rate of 6.95 and in urban areas 1,014,825 with a growth rate of 3.48. Population of the capital particularly in rural areas is also expected to continue increasing on faster pace and 19 health facilities including three RHCs, 15 BHUs and one dispensary under the control of ICT would be quite insufficient to meet healthcare needs of people.
Presently, under the control of the health department ICT. There are 64 dispensaries and health centers under Polyclinic hospital and Capital Development Authority (CDA) and three public sector large hospitals – PIMS, Polyclinic and CDA hospital.
No doubt that urban health facilities are equipped with state of the art installation and have best qualified doctors but their outdoor and indoor infrastructure is highly overloaded that requires updation of facilities in the periphery. Same time there are also reports of flourishing quackery as well as managing of private clinics and medical stores by less qualified practitioners.
“Over 3,100 private clinics and 1,100 medical stores are mostly managed by unqualified persons,” said an officials of the District Health Office on condition of anonymity. “Limited health practices in Islamabad are leading to use of unsafe injections and in-discriminatory use of antibiotics are resulting in high prevalence of diseases like hepatitis Band C, multi-drug resistance TB and other diseases.”
On this issue, Chief Executive Officer, Islamabad Healthcare Regulatory Authority (IHRA), Dr. Quaid Saeed Akhunzada says there were reports of around 5,000 quacks working illegally and the authority has started digital mapping to know their exact number as they are the major cause behind spread of communicable diseases.
“We receive various complaints against private clinics involving in malpractices like lack of qualified staff, keeping expired reagents and kits, lack of emergency rooms and unhygienic conditions,” Akhunzada said. “Although we take action against them yet the permanent solution to this problem is better and inexpensive healthcare.”
The government on the other hand is trying its best to provide better healthcare to citizens despite financial constraints and envisaging more projects in health sector.
“Our ministry is striving to improve healthcare system in ICT with the start of new projects and expansion of old hospitals,” said the spokesperson of the Ministry of National Health Services, Sajid Shah. “We are trying to generation financial and technical resources to make Islamabad a role model and new hospitals will effectively help us out.”
He said Rs 250 million have been allocated in the Public Sector Development Program (PSDP) for establishment of a Cancer Hospital in Islamabad, Rs 100 million for CHC at Bokra and Rs. 170.318 million for reinforcing Mother and Child Health Services at BharaKahu.
Similarly, he said, Rs 250 million have been allocated for Extension of Intensive Care Department of Mother and Child Health Center and Children Hospital and Rs 495 million for Up-Gradation of Neurosurgery Department and Provision of Essential Equipment at Pakistan Institute of Medical Sciences (PIMS) besides Rs 73.675 million for installation of equipment in newly Established Federal General Hospital and Rs 96.640 million for upgradation of Diabetes and Endocrinology Department at Polyclinic hospital.
“Construction of another facility named Islamabad General Hospital with funding from Saudi Arabia has also been approved and land has been allocated for the project,” he said.
Keeping in view the prevailing situation of population growth in ICT, it is high time for authorities to tighten bets to cope with the upcoming challenge of providing cheaper and better health facilities to capital residents.