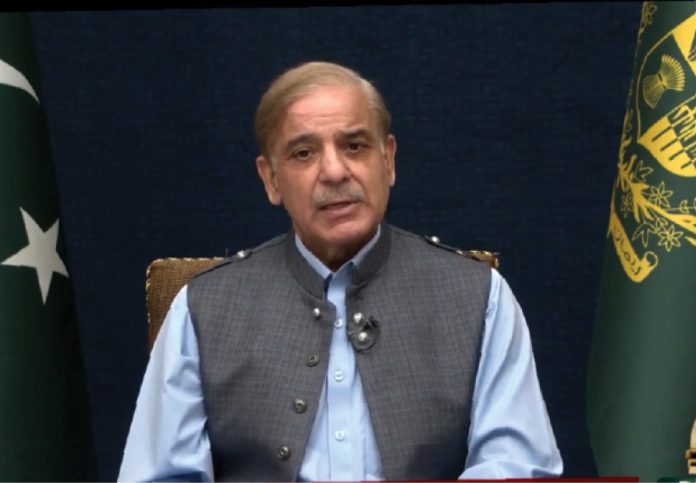 PM Shehbaz says ‘self-righteous political narratives poison minds of youth and weaponise hate speech’
ISLAMABAD
Prime Minister Muhammad Shehbaz Sharif on Sunday while expressing his displeasure said that the social media campaign, aimed at belittling and ridiculing the sacrifices of martyrs, was horrifying.
On his Twitter handle, he observed that the self-righteous political narratives were poisoning the minds of the youth and spurring the hate speech.
Expressing his worry, the prime minister questioned ‘Which way are we headed?” and stressed that
the moment called for a deep reflection.
Earlier on Friday, Inter-Services Public Relations (ISPR) said that the regretful social media campaign after unfortunate helicopter crash on August 1 has caused deep anguish and distress among Shuhada families and Rank & File of the Armed Forces
The spokesperson of the military’s media wing said in a statement that the army condemned the highly unacceptable and regretful social media campaign.
“While the whole nation stood with the institution in this difficult time certain insensitive quarters resorted to hurtful and derogatory comments on social media which was unacceptable and highly condemnable,” the spokesperson said.
On August 2, Director-General of the Inter-Services Public Relations Maj-Gen Babar Iftikhar had confirmed that all the six military personnel, including Commander 12 Corps Lt-Gen Sarfraz Ali, were martyred in a helicopter crash.