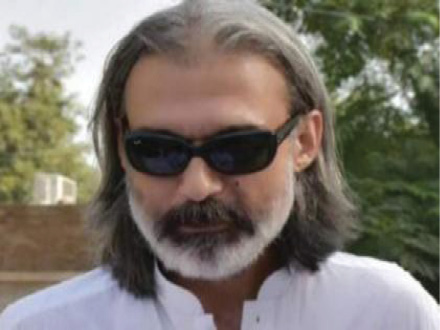 PESHAWAR
Khyber Pakhtunkhwa Minister for Local Government and Rural Development Sardar Faisal Amin Gandapur has said that Pakistan Tehreek-e-Insaf (PTI) provincial government did not believe in the political victimization.
He said that the provincial government during its nine-year rule did harm to its political opponents and made no attempt to use state institutions for political gains.
PTI didn’t target political opponents nor registered any political cases in its 9-year tenures in KP. In a statement issued here on Monday, he said that PTI chairman Imran Khan has issued clear orders in this regard not to target anyone with political revenge, he added.
Faisal Amin Gandapur criticized the federal government and leader of the PDM for registering cases against its political opponents, adding that the case of Shehbaz Gill has exposed the empty claims of the ruling alliance for strengthening democracy in the country.
Unprecedented cases of torture and brutality have seen the masses in PDM government; he accused the ruling parties of having no political tolerance.
He expressed his regret that these ‘imported rulers’ blinded by political revenge, did not even spare the innocent wife and innocent child of the poor driver of Shehbaz Gill. The Minister said it was the worst example of fascism in a so-called democratic government.
Faisal Amin Gandapur made it clear that all the leaders of PDM have used foul language against the state institutions but no action was taken.
He maintained that ruling parties were running from the general elections, adding that a series of conspiracies have been hatched against PTI in the country.
“PTI is a pure democratic party that loves the Pakistan Army and it does not believe in undemocratic fascist tactics,” he added.
Gandapur added that the ‘imported government could not manage to cover its failure and provide relief to common man made unsuccessful attempts pressurize political workers of PTI to escape public criticism and anger.