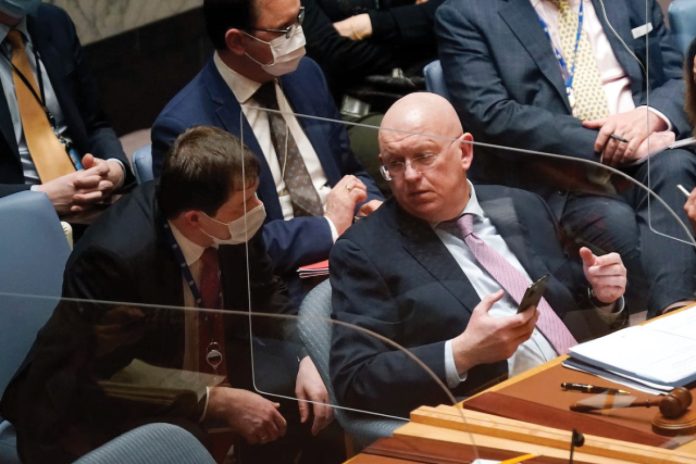 NEW YORK
Russia has vetoed United State resolution against the Russia annexation of Ukraine’s four territories in United Nation Security Council.
According to international media, resolution was introduced by the ambassador to UN Linda Thomas on Friday.
Resolution stressed to not acknowledge the borders change and condemned the Russia annexation.
Furthermore they demanded Russia withdrawal till 24 February.
Out of 15 UNSC members, 10 members voted to support the resolution and four others (the friends of Russia) including China, India, Brazil and Gabon abstained to take part in voting.
Russia president announced the annexation of Donetsk, Luhensk, kherson, and Zaporizhzhia.
It is worth mentioning that no country voted with Russia in this voting.