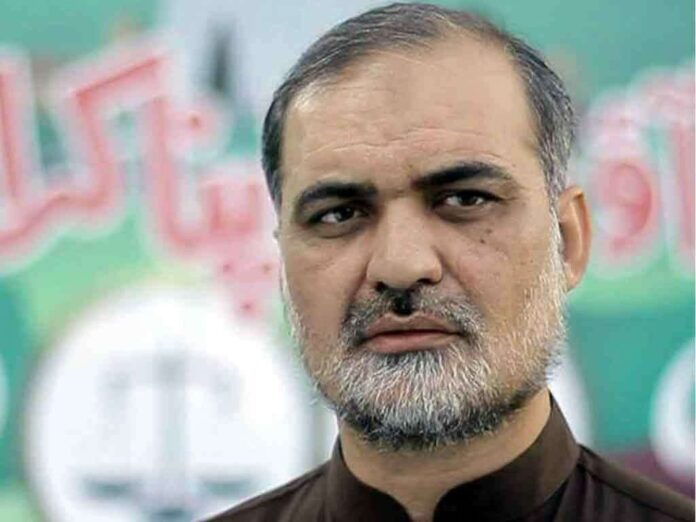 KARACHI
Jamaat-e-Islami (JI) Karachi chief Engr Hafiz Naeemur Rehman has announced the Karachi Rights March to be taken out on August 21 at the University Road against injustice, civic problems and for due rights of Karachi.
The JI leader announced this at a press conference held at Idara Noor-e-Haq, the JI Karachi headquarters, here on Tuesday. He was flanked by JI leaders; Dr Osama Razi, Raja Arif Sultan, Munim Zaffar, Maulana Fazal Ahad, Zahid Askari and others.
Speaking on the occasion, he appealed to the youth to become volunteers for the march, for the future of their city and the country. He also appealed masses to join the rights march along with their friends and families.
He said that the government parties only know how to get maximum from the city and the citizens. He added that Karachi paid 42 percent increased taxes last year despite hardships, it takes part in the Gross Domestic Product by more than 42 percent and contributes by 67 percent in revenue generation for the national exchequer.
He further said that despite this scenario, the federal and the provincial governments behave in a manner that everything is going well in the city and the political administrator illegally imposed on the city claims that all the issues being faced by the megalopolis have been resolved.

In response, he said, Karachi and Karachiites received only ignorance and injustice. There are media reports quoting medical research that bikers in Karachi are suffering from the issue of backbone because of the broken roads, he said, adding that recently the traffic police in an official communique with another governmental organization mentioned that 97 percent roads in the mega city are broken.
The JI leader said that a local government setup is the need of the hour and due right of the city. On the occasion, he demanded of the Election Commission of Pakistan to ensure transparency in the electoral process by publishing fresh ballot papers in different colors.
He also reiterated his demand for deployment of the army and Rangers personnel at the polling stations under Article 245 of the constitution of Pakistan. He said that the JI would launch a campaign against the K-Electric in the near future.