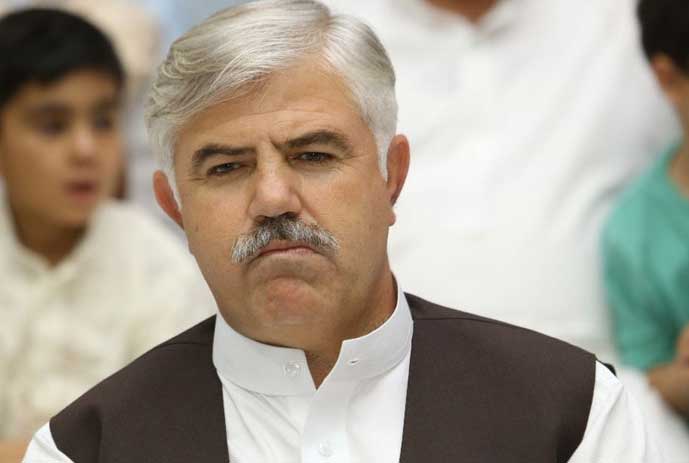 Chief Minister Khyber Pakhtunkhwa Mehmood Khan on Saturday directed the provincial information and finance departments to take measures for payments of arrears to the print and electronic as early as possible.

Chairing a meeting of the provincial government’s media strategy and its government performance, Mehmood Khan directed quarters concerned to prepare a comprehensive action plan for clearing all remaining dues of the media outlets within a month, said a handout.

He directed his principal secretary Amjad Ali Khan to convene an urgent meeting of all departments’ heads and finalize the matter as early as possible.

The meeting was held to discuss the four performances of the Pakistan Tehreek-e-Insaf Government in KP.

The participants of the meeting focused on the four-year performance in different sectors including public welfare initiatives, institutional reforms and measures taken under the Good Governance Strategy.

The cabinet members and government officials after a lengthy deliberation concluded to formulate a new provincial media strategy.

It was decided to hold regular interactions with journalists and journalists’ organizations at various levels.

Talking on the occasion, the Chief Minister said that the present federal government has resorted to abuse of KP, especially the merged districts, instead of increasing the development budget of the erstwhile Fata.

He said that the provincial government would not compromise on the rights of the province and the tribal districts and would use every available forum to raise its voice in this regard.

CM-KP termed media platforms as the most effective means of smoothing public opinion and presenting the position of the provincial government in this regard and directed the concerned authorities to work out the details of the new media strategy soon.

Mehmood Khan also decided to hold regular weekly meetings to review the progress in this regard.